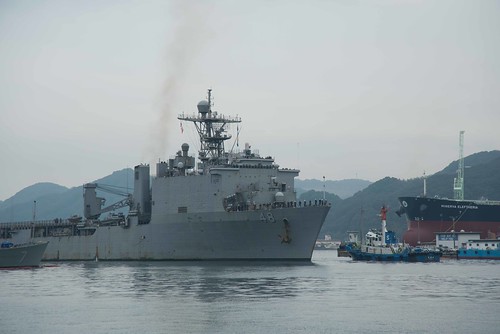 SASEBO, Japan - The amphibious dock landing ship USS Ashland (LSD 48) arrived at its forward-deployed base in Sasebo, Japan, Nov. 8, after completing a five-month deployment in the Indo-Asia-Pacific region.

Ashland departed Sasebo, May 26, and during five months at sea, completed multiple exercises, assessments and certifications, as well as several port visits.

"What a great success story for the crew," said Cmdr. Steven Wasson, Ashland's commanding officer. "Five months out at sea with all of their earned qualifications and training completed. It's very impressive how they excelled at every corner."

Ashland teamed with Marines of the Okinawa-based 31st Marine Expeditionary Unit (MEU) for a majority of the deployment, participating together in the U.S.-Australia bilateral Exercise Talisman Saber in Australia and follow-on MEU certification exercise.

The deployment culminated with Blue Chromite, where Ashland partnered with Marines of 1st Battalion, 3rd Marine Regiment for a series of amphibious operations.

Besides the training, Sailors and Marines participated in community outreach projects in Brisbane and Cairns, Australia, and Guam that benefited local communities. Projects ranged from visits at local hospitals to environmental clean-ups at youth and elderly support organizations.

Ashland's Sailors said they are more than excited about being back and being able to see their loved ones.

"Seeing my family is what I look forward to most," said Boatswain's Mate 2nd Class Daven Arce who is 27-years old, married and father of one boy, just before the ship's arrival to Sasebo. "I want to share the experiences I had on the ship and tell them about the counties I've been to."

Arce, like other Sailors, said the time on deployment has been a personal sacrifice.

"Even though it's just five months, that's a really big window," said Arce. "I missed my son's first birthday, and the many times I was unable to be there with them. I missed a lot when I was gone."

Arce said the sacrifices that he and other Sailors make by going on deployment, help build upon the Navy's mission readiness with other forces and countries, establishing bonds beyond the uniforms Sailors wear.

"It's been awesome to meet new people around the world," said Arce. "By seeing the hard work everyone puts in together, I'm proud of what we've accomplished."

Part of the Amphibious Force 7th Fleet amphibious ships based in Sasebo, Japan, Ashland will now be in Sasebo for a maintenance period and to prepare for an upcoming Board of Inspection and Survey (INSURV) scheduled for May 2018. 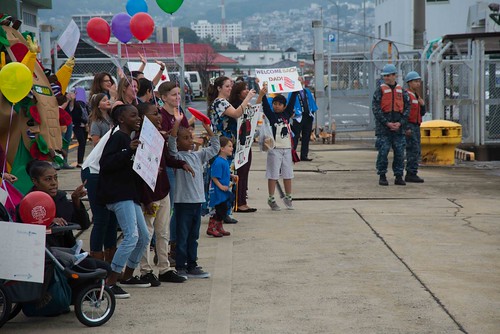 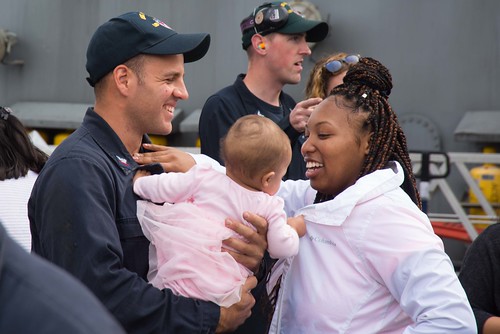