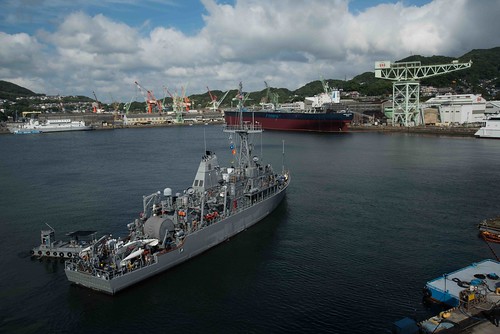 MCMEX 3JA is part of an annual series of bilateral exercises held between the U.S. and Japan to increase proficiency and interoperability in mine countermeasure operations.

This will be the second year that Chief will participate in the U.S.-Japan bilateral exercise and follows its recent participation in the Multinational Mine Warfare Exercise with the Republic of Korea and United Nation Command Sending States.

“We look forward to strengthening our cooperation our cooperation in mine countermeasures operations. By working together, it helps ensure our two nations are jointly postured to maintain peace and stability for Japan and throughout the region.”

Chief expects to conduct unit-level mine countermeasures tactics to include sweeping, hunting, and mine detection while also coordinating with JMSDF units to clear a route for ships through a simulated minefield in one of the designated exercise areas.