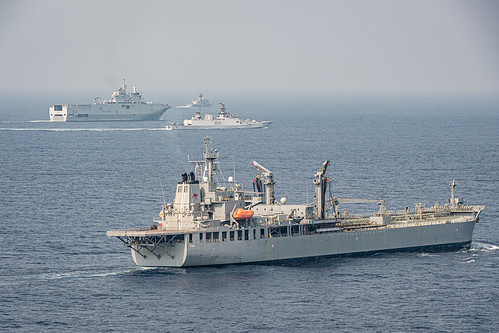 "Honing our skills and capabilities at sea with some superb allies and partners makes us undeniably more effective as a maritime force," said Rear Adm. Fred Kacher, commander Expeditionary Strike Group 7. "We were honored to participate in La Perouse and our combined efforts here and in other routine exercises and operations help to ensure security and stability in the Indo-Pacific region."

This exercise provides an opportunity for U.S. forces to conduct engagements with Australia, France, India and Japan in order to fulfill maritime integration training objectives by emphasizing collaboration, war fighting, integration and readiness in a dynamic theater, maritime superiority, and power projection.

"La Perouse represents an important opportunity to work with allies and partners in an increasingly important portion of the world's oceans,” said Capt. Dave Kurtz, Somerset’s commanding officer. Demonstrating interoperability in a multitude of mission areas sends a message to potential competitors that the United States stands willing to work with and support nations committed to the free flow of commerce. Somerset's crew is excited to be able to exercise with these great nations!"

"La Perouse is another opportunity for the Royal Australian Navy to exercise with our partners, and enhance our ability to work together in the maritime domain consistent with our shared values and interests in the region," said Rear Adm. Mark Hammond, commander of the Australia Fleet.

USS Somerset is operating under the control of Expeditionary Strike Group 7 in the U.S. 7th Fleet area of responsibility to enhance interoperability with allies and partners and serve as a ready response force to defend peace and stability in the Indo-Pacific region. 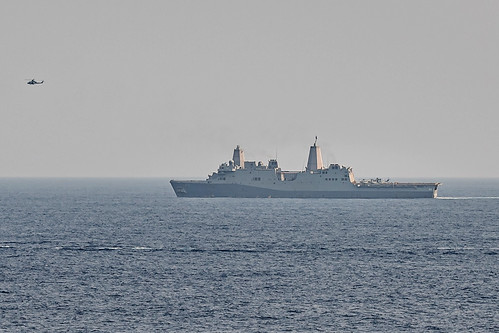 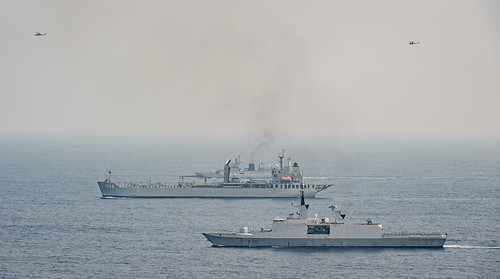 Ships sail together in the Bay of Bengal during La Perouse. (French Navy photo)