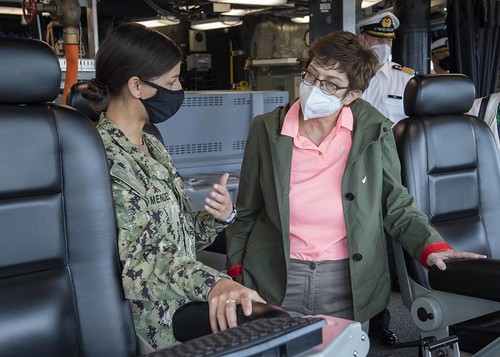 NAVAL BASE GUAM - The crew of Independence-variant littoral combat ship USS Charleston (LCS 18) hosted Germany's Defense Minister, who toured the ship while moored at Naval Base Guam, May 28.

"USS Charleston was honored to host Minister Kramp-Karrenbauer. This visit was a great opportunity to strengthen our bilateral relationship," said Cmdr. Joseph Burgon, commanding officer, Charleston Gold Crew. "My crew looks forward to the time we meet our German friends at sea, with the common goal of ensuring freedom of the seas."

While touring the ship, the crew signified German-designed engineering equipment integrated into the LCS. The main propulsion diesel engines, ship's service diesel generator, and other engineer equipment are based on designs by German company MTU Aero Engines.

"It's a unique opportunity to discuss commonalities between LCS and our bilateral partners, both in ship design and in mission," said Capt. Tom Ogden, commander, Destroyer Squadron Seven (DESRON 7). "Visits like this with Germany's Minister of Defense help grow our partnership and cooperation, and emphasize shared responsibility of promoting maritime peace and security in the Indo-Pacific region."

Attached to DESRON 7, Charleston is on a rotational deployment to the U.S. 7th Fleet area of operations in support of security and stability in the region, and to work alongside allied and partner navies to provide maritime security and stability, key pillars of a free and open Indo-Pacific.

7th Fleet is the U.S. Navy's largest forward-deployed fleet and employs 50 to 70 ships and submarines across the Western Pacific and Indian Oceans. 7th Fleet routinely operates and interacts with 35 maritime nations while conducting missions to preserve and protect a free and open Indo-Pacific region. 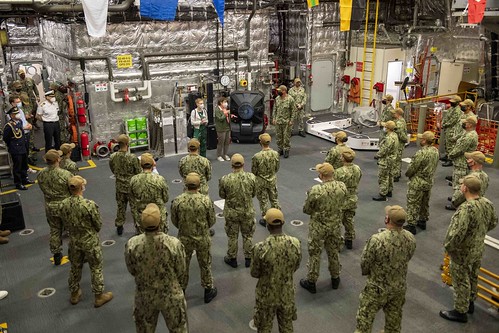 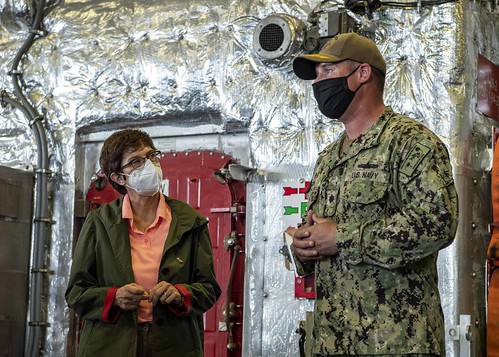 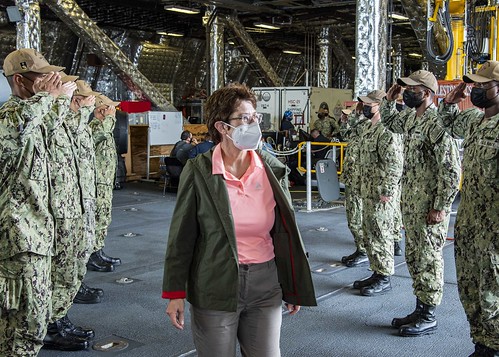 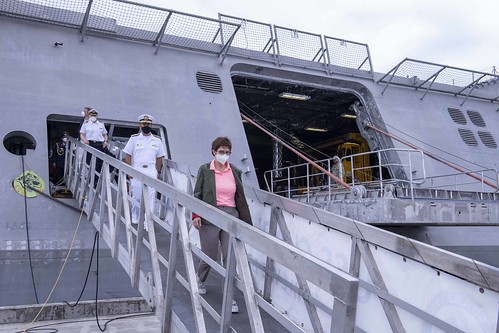